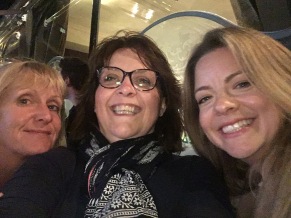 Me with fellow Devon and Cornwall ASLI members at the ASLI consultation in London.

I can remember my first Association of Sign Language Interpreters (ASLI) meeting back in autumn/winter 2013. At that time I was a trainee interpreter and was (hopefully) going to be qualified by early 2014. I started out on my route towards becoming a qualified interpreter knowing that becoming registered with NRCPD was almost mandatory but becoming a member of ASLI was also something which I felt was really important.

Whilst being registered with the registering body NRCPD  which I would suggest is essential to practice safely as a BSL/English Interpreter, being a member of ASLI wasn’t actually a  necessity. I could have gone to any membership body similar to ASLI, or even taken out insurance through a commercial insurance company. However, the camaraderie I could see and feel between ASLI members was something I certainly wanted to be part of. I remember from my post graduate degree from the University of Central Lancashire that some of my cohort sniggered that I would pay what they believed, high membership fees when I could join a much cheaper membership organisation. But for me, it wasn’t just about getting insurance, it was about being part of a members organisation which “encourages good practice in sign language interpreting and to support our fellow professionals.” (https://www.asli.org.uk) This, I felt I had found in the membership in ASLI Devon and Cornwall. A few months later I expressed my interest in becoming the rep for ASLI Devon and Cornwall and I have represented this region for about 3 years.

Being an ASLI rep has meant that I have had the opportunity to represent the views of members from this region at AGMs and consultation days. Organising the bi-monthly regional meetings has given me a greater opportunity to speak to and see the majority of the ASLI members in the region on a regular basis. ASLI has given me a lot in terms of colleagues, friendships, training, best practice guidance- the list goes on. But as one fellow ASLI board member reminded me recently, it is not only what a member can get from ASLI but also what you can put in! ASLI is a members-run organisation and for me, I have felt it very easy to contact the relevant people and channels of communication to get my voice heard and my views taken into consideration.

I will miss being a rep for ASLI Devon and Cornwall, but I am looking forward to new beginnings. That is, not only the new ASLI rep taking on the baton, but also very proudly seeing my great colleague from Devon – Emily Quigley become a member of the ASLI board which I know will mean great things for ASLI. What’s more, excitingly we have the ASLI AGM coming to the West Country in Exeter which is amazing and I am really looking forward to members travelling to the West. Thank you members of ASLI Devon and Cornwall for being such a great bunch of people.

NB: This is post is not disregarding other membership organisations but I have no experience of those and so can only describe the membership body of which I am part, i.e. ASLI.